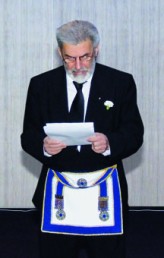 As is well known, the Indian tradition (in a word: Hinduism) is not identical with the great Primordial Tradition – but it is its most direct expression; it is the „expression” from which all the great traditions of the world which have become known to us were later derived.

Receptive to the diversity of human availabilities (availabilities which ground, in fact, the different vocations), Hinduism distinguishes – in what concerns the spiritual methods – three paths: the path of knowledge (in Sanskrit: jnana), the path of love (bhakti) and the path of action (karma).

I do not know how to hierarchize them, nor do I think that it is proper. I cannot say that one is more important than the others, or that it is more efficacious, in the plane of spiritual achievement.

I say only that in these three paths I see the archetype from which, by successive deductions, the different tertiary entities which are present or extant in all complete traditions and, why not, in all monotheistic religions (or religions of the books, as they have also been called) were created.

I will refer, in the following lines, only to two of these entities: the sacred triple precinct and the three degrees of initiation… I will attempt to show, through a brief incursion in the history or primitive Christianity, that these entities were to be found, for a while, as constitutive parts of the Church of Christ.

From a symbolic perspective, but not only from a symbolic perspective, the sphere represents the development of all possibilities or potentialities by expansion from the primordial and central point… The fact that the Great Universe is a sphere whose circumference is not placed anywhere and whose center is present everywhere does not represent, as some may think, a breaking-news discovery – although astro-physics nowadays testifies to the fact.

Illiterate civilizations (usually, rural civilizations), the peasant’s house (taken together with the surrounding estate) was effectively placed in the center of the Universe – by virtue of the analogy between the Microcosmos and the Macrocosmos. It was, to speak symbolically, a sacred triple precinct in the center of which the hearth was placed… Whereas, the center of the sanctuary is (again, to speak symbolically) the point of contact of the polar vertical with the plan of the precinct; and in this center, that is to say, in the hearth, the fire, respectively the light, never goes out.

Taking into account the proper circumstances and nuances, the sacred triple precinct can be assimilated with the Masonic temple: two exterior precincts – indicated only by one side of each precinct: the „column” of the apprentices and the „column” of the fellowcrafts – surround (and protect from any intruders) „the middle room”; this is reserved for the masters and it has for a central point the altar… It is understood, I believe, that these three precincts we have sketched or suggested here correspond to the three degrees of the initiation – so that their „ensemble” signifies or represents the hierarchy of blue Freemasonry.

This is one possible interpretation and it is not non-sensical, however: Wisdom, Strength, Beauty – invoked, by degrees, at the opening and the closing of the work – themselves signify or symbolize the graduation of initiation on three levels; these levels correspond, in ascending order, and from the exterior to the interior, to the succeeding precincts of any temple. And the – symbolic – meaning of any temple is to remake, each time, the initiatic journey. The road to the Center. Regression to the Principle.

Otherwise put: in the universe of meanings of Freemasonry, a universe with a remarkable internal coherence, the three sacred precincts and the three degrees of the initiation comprise, by their symbolic succession, the virtual temple; the symbolic temple: from whose center the Masonic teaching is spread out, hierarchically, from up to down – from the supreme degree, where it is contained and stored, to the other degrees.

I believe that I will surprise you if I tell you that, in the first centuries of its existence, Christianity practiced a kind of initiation which is very close to the one which we, as brother masons, know… Thus, the gatherings were secret; admission into the community was given in well determined conditions; and access to full knowledge of the doctrines presupposed the going through three distinct stages of instruction.

As such, the initiates were spread into three classes: auditors, or beginners, catechumens, or competents, and believers.

With the help of some practices and teachins, the auditors (similar to the apprentices) were prepared for the reception of the communication of the Christian dogmas; but at this level they could not attend the services; they were not received into the church.

A part of these dogmas was revealed to the catechumens: who, after the established purifications, received the baptism, or the initiation into the theogenesis (the divine birth); after the baptism, they became servants of the faith and, after attaining to this capacity, they could only know attend the first part of the mass; the one ending with the uttering of the symbol of the faith.

When they reached this point, one of the deans would say in a loud voice: „Sancta sanctis! Foris canes!” (that is to say: „The holy [things] to the holy [men]! Dogs begone!”) and only the believers remained in the church; these ones assisted in the celebration of the terrifying mysteries, as Saint. John Chrysostom calls them: the preparation of the sacrifice, the sacrifice itself, and, following upon this, the act of thanks-giving.

Thus, for the believers, nothing was secret or concealed in the Christian mysteries, everything was done in their presence: they were responsible for the examination of those around them, so that no profane men or initiates of an inferior degree could intermingle among them, and the sign of the cross served them as a sign of recognition.

All these things endured in this way up until around the year 700, when access to the church and to the integral proceedings of the mass was gradually extended to include also the initiates of inferior degrees – in a short time thereafter, it came to be allowed to everyone… The reasons, which are not of interest to us here, probably follow from the fact that both in Byzantium and in Rome, Christianity was recognized as an official religion, the established religion.

What is important is something else: from an initiatic religion, if we can call it that, Christianity became a „faith of the masses” (which, from a certain point of view, is not a bad thing); esotericism withdrew somehow from the church – and fell back to the stronger positions of the monkish hierarchy; and the Church itself split into what since then has been known as „the Church that knows” and „the Church that believes”.

My question is this: isn’t Freemasonry somehow, because of its desire to extend more on the horizontal plane, through repeated quantitative accumulations, lose sight of the polar vertical?

Here is a question of which „actuality“ we could talk, with rightfulness, until three – four years ago.

Things are beginning, notwithstanding, to change: the „Romanian Freemasonry for Romania“ programme, proposed by our new Grand Master, puts a pronounced benchmark on the masonic work’s quality – so that my question passes from actuality to „potentiality“.