RĂZVAN PAHONȚU: The silence of the Apprentice 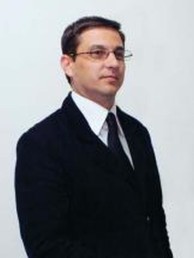 I have begun, some time ago, to write this article. My thoughts have moved in the direction of the first impres­sions and experience I had when I took my first steps in the Temple.

A new experience for me fol­lowed then: the gala meet­ing on the occasion of 10 years since the founding of the Sarmisegetusa Lodge where, with feeling, I trans­­mitted our wishes of wellbeing on behalf of my Lodge. I told myself that the moment had come to write an article about this experience.

With an open soul to the thoughts and the white sheet of paper, I began to write about what I believed to be, among many others, the aspiration of the Apprentice: the permission to speak. A distin­guished experience, the permis­sion to talk in the Temple cannot but be moving to an Apprentice mason.

The feelings gaves life to the words, words which fell on the page easily, too easily, one after the other. The emotions, the things lived, the torrent of feelings. I wanted to write everything, to tell everything. I was looking for a title. This was a title I found easily: The experience of a gala sitting, seen through the eyes of an Apprentice. The synthesis of certain things lived and felt by myself there, in the Temple, in another Temple.

I stopped. I opened a new page and wrote again the title. As charmed, the words disappeared. The thoughts could no longer be heard. All the things described by me were sublimated into that begin­ning phrase, which I believed to be the synthesis of my experience then and which gave life to a new thought. An overwhelming thought. A question. And an answer. I realized that each time I walk into the Temple, I must learn about the silence of the apprentice.

I discovered that within the Temple, silence is not impassable or immobile. Silence is not an absence, but a presence which we do not have the time to practice. Or perhaps we are afraid of the silence and we always fill up the imponderable with the nothings which we cannot es-cape.

In silence, one is alone with oneself, one cannot run from the fears, the failures, the memor­ies, the past, the present or the future. In silence, no one can save one from oneself and one becomes in this way forced to build one’s own story, one’s own internal discourse, one’s own philosophy.

In silence, one collapses, pure and simple, if does not have the training of meditation and of the pirouettes that turn one to one’s internal self. In silence, one can have restored to one-self the time one has stolen in the seconds, minutes, hours, days, weeks, months and years of useless talk.

In silence, one can have it pointed out to oneself how useless quotidian striving is or the hidden mean­ing of existence. In silence, wounds scarify more easily, consolation can compensate for desolation and the irreversible can become reversible. In silence, one can discover the inexhaustible loyalty, the repara­tory justice and the uncondi­tional gratitude.

Silence is not the end, the eternity thereafter, but rather the space in which one finds again one’s passion, liberty, the opportunity to be oneself. Those who have not experienced the silence do not know where they are coming from, where they find themselves, or where they are going. Without silence, one cannot exit the labyrinth, cannot anchor oneself, can-not build, cannot understand the mysteries, cannot keep the secrets.

Only in silence can brotherhood be consolidated, between our finitude and the infinity of the idea, which rolls from a certain past into an inexter­minable future. Only in silence can one transform, evolve and strengthen oneself such that one can cross the deserts that are waiting for one. The obstin­acy, the firmness, the faith are built in silence. Monks discover God in the silence of meditation, poets in the calm of the night, painters in the stillness of nature and we in the peace of the Temple.

Only in this way an apprentice could walk toward the Light.