ALEXANDRU ENACHE: A word from the translator 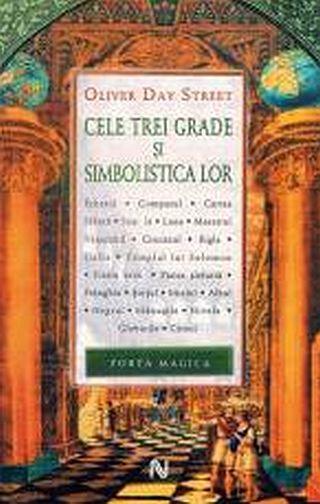 The decision to make this translation was taken by me as I was reading the book in its original version, in a moment in which I felt it needed to be shared with others.

This is an exceptional book, which is addressed to the broad public, the initiated and the profane alike. It is not a book that explains only the Masonic symbols, but it in fact presents a complex image of the structure and the evolution of Blue Masonry.

The reading of this book will offer the reader the opportunity to encounter ideas, concepts and ideals which he perhaps had only met occasionally, without having deepened them. At the same time, the book reminds us of our duties as human beings and as members of society. It contains lessons in morals and in civic consciousness which may seem at first glance somewhat obsolete, but which are in fact the groundwork of human civilization and society.

The book has a direct style, without useless flourishes and pompous formulations, as the author orients himself toward simplicity and pragmatism. The chapters of the book were written separately, over a rather long period of time, having been gathered together in the present work subsequently, which is the explanation for the rather eclectic character of the book. This is a perfect example of how a very complicated subject can be presented in a simple manner, accessible to anyone.

I tried to maintain as whole as possible the character of the book, without adding too many explicative notes, following after a fashion the urging of the author, who underlines several times throughout the book the necessity and the importance of individual study.

I hope that reading this book will help the reader to discover facets of Masonry which he did not know and to form thus an informed opinion about this organization.

The translation of the book began as a strictly personal project, a moment’s inspiration, without initially having any intention to publish on a large scale. That to one side, The Symbolism of The Three Degrees sees the light of the printer in one of the most prestigious publishing houses in the country. This fact itself proves the distinguished value of this book.

I would like to thank everyone who encouraged me and supported me throughout the undertaking of this work and to assure everyone of all my gratitude and my consideration.