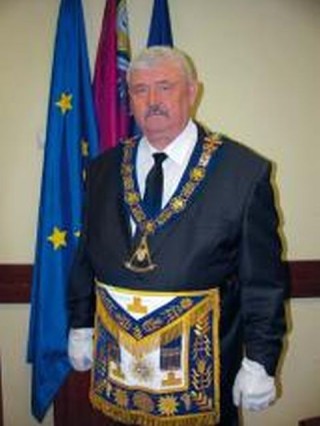 Most Worshipful Brother Grand Master, could you please present us the actual situation of the Grand Lodge of Moldova? How many lodges are there, how many members does have GLM, with how many Grand Lodges do you have fraternal relations? Do you have lodges in other languages except Romanian?

The current situation of the Grand Lodge of Moldova corresponds to the state of affairs in the Republic of Moldova – the economic situation, the political situation, the social situation etc. Actually, it could not be otherwise, because the Grand Lodge of Moldova is an integral part of Moldovan society, with all things, both positive and negative, which persist among us. Taking into consideration the fact the Grand Lodge of Moldova is formed of the more worthy representatives of our society, the problems that torment our people are perceived by the brethren with especial acuity and sensitivity, but also with a desire to not just stand to one side, but to participate according to ability in solving them. Brethren from the Grand Lodge of Moldova, by promoting Masonic principles, bring their well-deserved contribution for increasing the level of morality in the society and to the amelioration of negative phenomena in the Moldavian society, such as corruption, a dependant judiciary, the promotion of persons to important offices in the state by criteria like family connections and personal loyalty etc.

What Moldavian personalities have been or are part of Masonry? 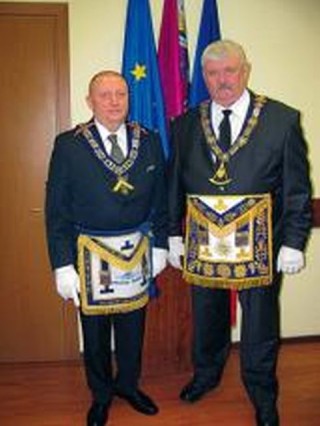 Among the Brethren here are counted many valorous personalities of the Republic of Moldova – representatives of the academic, university rectors, savants, men of culture, members of the legislature, members of the government. Obviously, in order to name anyone I would have to have the agreement of the brethren themselves. For us, it is very important that more and more young men are initiated.

However, taking into consideration that Masonry in our country is still rather young, the true image and essence of the Masonic movement in the Republic of Moldova and throughout the world is insufficiently mediatized and not always in a positive way. Oftentimes, men of ill-will or irrespon­sible persons spread incorrect or even negative informa­tion regarding Freemasonry. That is why, one of the most important and most natural tasks in our activ­ity is the promo­tion of the truth about Masonry and Masonic principles.

How visibly is Masonry in Moldova these days? What is the degree of involvement of masonry in public life (acts of charity, etc.)?

In our current situa­tion, I would like Moldavian Masonry to be much more active and more involved in solving the problems in our society. Contempo­rary masons should follow the example of our ancestors – the masons of previous centuries, who wrote their names in the history of this land only by good deeds. The necessity of involvement of our Brethren in combating the negative phenomena in Moldavian society is natural, because Masonry finds its moral foundation in the belief in God and the essence of Masonry is a democratic and moral order.

What are the relations between the Grand Lodge of Moldova and the authorities of the state and the mass-media? How about with the church?

The Grand Lodge of Moldova does not entertain any official relations with the authorities of the state. For a while, the Grand Council of GLM discussed the idea of obtaining recognition from the state as an organization of public utility. But several European brethren advised us not to do this thing if we wanted to remain independent.

One of the basic principles of Masonry is faith in God. But the relationship between GLM and the Church of Moldova is neutral.

Do you believe that people in our days need masonry as they did in the past?

I believe that people today do need Masonry, maybe more than in the past. In contemporary society, people have the greatest need to realize, as broadly as possible, the principles of Masonic life, because of the greater spread of such phenomena as atheism, immorality, criminality, etc.

Masonry in the Eastern countries differs from the Western countries due to the fact that several generations of people lived during the period of the domination of the Communist ideology which, as is known, did not tolerate Masonry. That is why, even in our days, you can meet persons who perceive Masonry as something suspect, negative, like a sect. Although Masonry is respected worldwide as having a traditional and symbolic character, in order the Masonry occupy its well-deserved place in our society, it will be necessary for more time to pass and more activity in the benefit of people