RĂZVAN PAHONȚU: On secrets and confidentiality. The intrinsic connection between man and secret 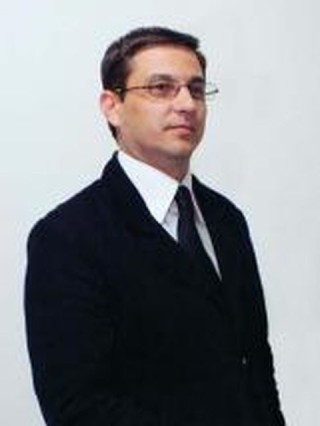 The mysteries which reveal themselves to you upon entrance into a Perfection Lodge in Scottish Rite will be like to the obstacles you will run into later. They give evidence, after all, to the sense of duty, loyalty, integrity and keep­ing confidentiality or secrecy as fun­da­mental themes of reflection.

Maintaining secrecy has become an extremely attractive sociological research theme both for authors and for the readers. The books on the subject have become real best-sellers. The German sociologist Georg Simmel wrote a very famous book with a very straightforward title: “On the secret and the secret society”, in which he noticed with some surprise that the fundamental problem is not the secret, but the degree of reciprocal knowledge between people: trust.

Starting from the characterization of a secret as “conscious, willful withholding”, Simmel dissected the symbolism of the secret and established three categories – three kinds of inter-human relationships: the partnership, the friendship, and the marriage.

Of these three branches, the partnership seems to be closest to the philosophy of the Scottish Rite 4th degree and its symbolism. The analysis of Simmel asserts that the partnership with a specific purpose (a common action, an association etc.) is a discrete sociological formation par excellence, because the participants do not need to know each other’s secrets. Their main activity aims at the construction in which they participate, which means that all they need to know from one another, in order to build their union, is what they are building. At this level, an instinctive kind of trust functions, emerging out of a series of actions, gestures or speeches, to ensure the success of the enterprise.

An interesting relation emerges here, between trust and discretion. Discretion is the respect for other people’s secrets, united with a lack of interest for what is not explicitly revealed, so that the partnership is based on this strict connection between discretion and trust. We do not feel the need to know more about our colleague, even if curiosity might push us to ask questions, but in this case the right to ask questions is strictly limited by the right to secrecy.

It is noticed that trust can be sufficiently certain so that practical action can be grounded in it. But as a premise, trust is nothing else except an intermediary state placed between knowledge and lack of knowledge with regard to a certain person: the all-knower does not need to trust that person; and the all-ignorant cannot trust in any rational way.

Although the limits of discretion are hard to trace, it seems that at least this much is certain: important persons, elderly persons, our professors, generally speaking, the epistemic authority of the partnerships in which we’re all bound can mark the limits of discretion. To take an interest, for example, in their passions, sentiments or diseases are facts pertaining to indiscretion and display at the same time lack of respect.

At the philosophical level, keeping a secret can become a suffering and a test. In reversed rhetoric, Kierkegaard believes that “to suffer means to share a secret with God.”

Leaving aside this extremely up-to-date analysis, let us see the meanings these writings could have for us and our world today.

In a world which bets on extreme transparence as the unique possibility for the purification of the society, the secret means the return to the real sense of things. The transparence necessary to undermine corruption transformed, slowly but surely, into an invasive concept which tends to modify intimate life. From the glass walls of new houses, in which passers-by not only see their reflections, but they can also stop to monitor your intimacy, to the communications systems, which can intercept any conversation, any message, any presence anywhere, the modern world is bewildered by too much transparence, by too much flexibility and not enough consistency.

The secret seems to dissolve in the new universe of intrusive technique, in the spontaneous confessions in the virtual media, in the immense flow of information which daily overflows its bounds. Nothing can remain hidden anymore and everything will be placed in a universal display, as in the displays in a supermarket, if we all enter into this infernal race of indecent confessions. The sacred is melted into the quotidian, the barriers are torn out one by one, in order to bring to sight all the secrets which govern us, all the secrets which have led to the development of modern West, all the secrets which pave the right path.

Could we be in the avant-garde of this path and at the same time keep our secrets? Do we really need secrets? Could we keep them in our internal citadels, despite the informational assault, and the daily profanation which we feel both in the real medium and in the virtual one?

What is the function of the secret? When it does not hide vices, diabolic plans, negative strategies, and therefore is not defending illegality and immorality, the secret has a luminous part.

The Secret, in our case, is that which keeps us on the Right Path, which helps us help others to stay on this Path.

How are we different to others? By the ceremony of sharing the secret, but especially by the virtue of keeping the secret. By the tradition of withholding which helps the world go by the smoothest road possible.