ANDREI IVĂNESCU: Three years in the Chamber of Reflection 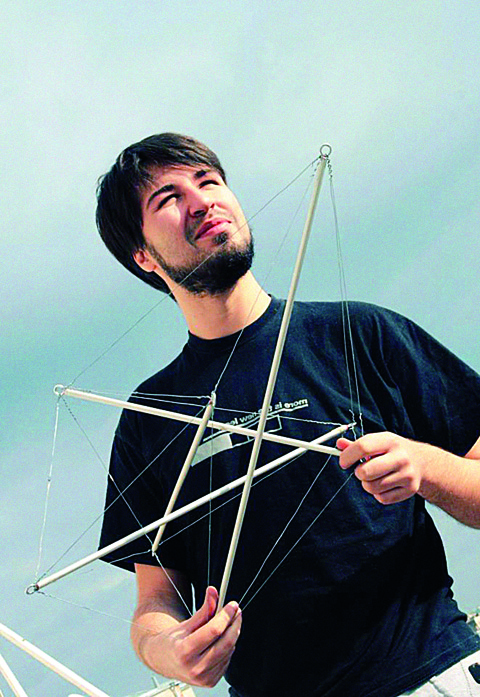 Three years ago, I was writing in these pages a message to those who were to become my Brethren. I did not suspect, then, what all these things meant, or where what was going to come would carry me. One single quote I used then I insist on recalling: the great architect Louis Kahn once said – “Architecture means seeking the truth”. How apposite it was, at that time, to find this quote, because architecture indeed brought me, directly and indirectly, to the Light of the Truth.
At the consecration of the Masonic Temple in Giurgiu, of the “Sf. Gheorghe no. 98” Lodge, I was just a profane with some potential, just like the hero which the plot of the story had not yet thrown in the vortex of deeds which were going to define and consecrate him. As in the beginning of any epopee, my traits were buried, my judgment was unclear to myself, and I had the opinion that I knew everything. I waited outside, together with the ladies, being able only to imagine what was happening in the Temple I had designed, fumbling blindly, guided by two Master Masons, Nicu and Florian. I was imagining secret salutes and occult symbols, in the colors of Hollywood movies, without having awareness of pur­pose, symbolism or importance of what was happening there.
The first part of the project, the dining room on the ground floor, I designed as a restaurant, without suspecting anything about the fraternal dinners that have come to enliven the place. The entrance, with the reception lobby and the library, I thought up just like a reception area in a prestigious institution, without knowing anything about the portraits of so many Brethren from the past, that would lend it gravity. And the Temple itself, I saw it as a solemn forum for a distinct group, led by an enlightened master, but without being able to know the wisdom which was going to permeate from him.
From then, three years have passed and I have approached, by small steps, the calling of Free­masonry. I judged that good things are done by deliberation and I have sought to find my maturity and my balance before I stepped up to the next level. Waiting and looking around, in the Test of The Earth, all these things suddenly came into my mind. I had been staying in the black room tens of minutes, but in reality I had been waiting there for three years. When the Expert blindfolded me so as to lead me into the Temple, my mind blocked – although, visually and spatially, I knew perfectly each brick of the building, now I was deprived of my sight and led by the arm toward something unknown. Thus dispossessed of the only sense by which I had read that place, I realized that I did not, in fact, know anything. This time, my trust in the Masters had to be unmediated and full, in the clangor of swords, the flicker of flames and heavy words. When my orientation around the building began to make itself felt, I understood, spatially, where I was, but then suddenly this no longer had any importance. In the complete dimension of facts, I was in a vast state of indetermination. Profane, then Neophyte. The Tips of the swords, swearing protection, but also punishment, and finally the thundering words of the WM: “I create you, I constitute you and I receive you!” – the end of the indetermination, but also the moment in which my mind began to formulate questions. Floating in a nebula and without any anchor, with questions that did not crystallize, but once named Brother and Apprentice, a point of departure appeared. From that point a road begins, and the following steps will formulate a direction. Step by step, knowing and assimilating, I can hope to build myself and to build, in my own turn, with the true humility which only a Mason can understand.