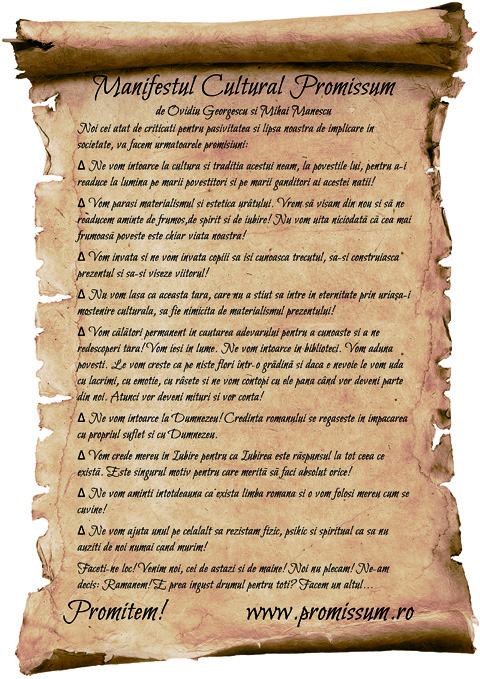 The first project released under the aegis of the Cultural Manifesto “Promissum” is the independent feature-film “The Last Incubus” . In the same way as the Manifesto, this film project was created due to the initiative of a couple of brethren and can be considered an extremely complex masonic project.
In Romanian mythology the Incubus is a handsome demon who bewilders the minds and feelings of the young girls making them yearn for love. He is also considered an erotic semi-divine being, symbolising all forms of sexuality belonging to the women who crave for sexual pleasure. The Incubus discreetly enters the house of his victim and his main activity is actually a sexual initiation. The Incubus is a well-known figure in almost all the world’s mythological lore.
The story of the film begins in 2012 when men and women live in a disenchanted world. They do not believe in stories and Incubi anymore. The last Incubus, Zanoni (Gabriel Duţu) has taken shelter in an old mansion and has taken the form of a mysterious character who ‘takes girls on nocturnal motorcycle rides’ offering them wonderful moments of sexual pleasure. Accidentally, one night, Zanoni arrives at the debut concert of a young girl Eliza (Iulia Verdeş), a beautiful 23 year old singer who will radically change his perception on life and on his existence as an Incubus. Eliza’s career is supported by her fiance Cătălin (George Ivaşcu), the son of a major business-man Gelu Stroenescu (Constantin Cotimanis) the owner of an important television station.
Zanoni and Eliza will fall in love one with the other and she will be taken on an initiatic journey in the world of the Incubi. She will know herself, learn to face her fears and, most important, she will find out the truth about her past. Therefore, the fantasy world will merge with the real world in a story deriving from the wonderful fantasy stories of Mircea Eliade. The film “The Last Incubus” is a beautiful love story that transcends time and space, presenting a fascinating world long-forgotten by a society deeply submerged into the darkness of materialism. 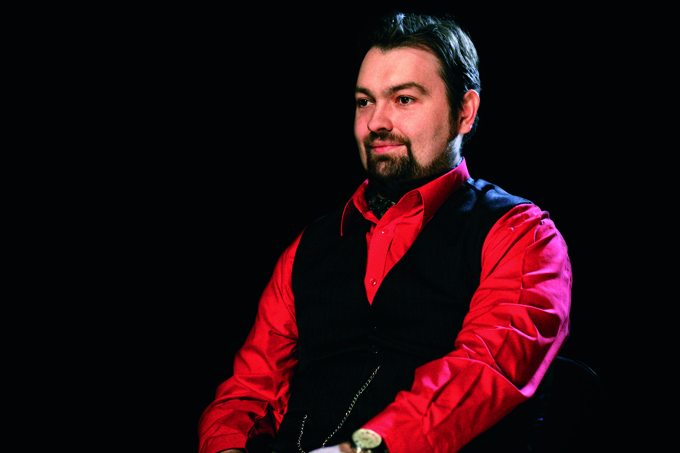 The film “The Last Incubus” was created because the myth and the figure of the Incubus was always a symbol of the great Romanian culture. It was present in grand works of writers such as Ion Heliade Rădulescu or Mihai Eminescu. The Incub
us was a personification of the love felt for the beloved man and was considered the symbol of the unexpressed love.
By rallying to the principles of the Cultural Manifesto “Promissum”, this movie is addressed to everyone in the world who still believes in the power of stories. To make this film come to a fulfillment and to show it to the world, we need strength, beauty and wisdom, which we hope will become manifested through your support, beloved brethren and through the support of the Grand Master Radu Bălănescu and the National Grand Lodge of Romania.