GABRIEL CORIU: The setting on the path

„Suffer little children to come unto me, and forbid them not: for of such is the kingdom of God.” (Luke 18:6) 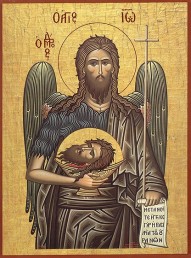 And yet, throughout the course of my becoming, my parents, my teachers, my heroes from who knows where and, more generally, the entire society, regardless of the century through which I have journeyed, have inspired in me a powerful interest for what they believed represented human values.

And passing from childhood to adolescence I so attached myself to these that, ever so slowly, they were embodied in an entity with my will. And what it wanted, that was what I wanted. How right it was. It was my hero, which acquired contour, more and more, as the con­fronta­tions I engaged in, on the ideological plane at first, increased in number and sophistication.

And when I became sufficiently mature, when my hero shone brighter than ever, I awoke already in the whirlpool of fierce fighting, in which my adversaries fell one after the other, more and more of them. There were so many things in them which irritated me; they would not submit to my righteous, good and holy hero; they were not capable of understanding its heroic nature. I was under a necessity to kill them, to sacrifice them for the good that was to come.

I have a flash that leaves me in a pool of sweat and I can feel how a fear of death like a paralysis overwhelms. I feel sick with the blood I have spilled, and the light that overflows from the things surround­ing me on me is red. I am becoming increasingly confused. I have to liberate myself from these thoughts. But how? They will not give me peace. I fall into a hell of remorse. I recall my fury overflowing on all the guilty, on my own brothers who irritated me terribly. I set my sights upon the East, but all I can see is a bloody light that sheds light without any clarity, with a bright red upon my deeds. I see clearly the contours of the visage of my hero, who, immovable by its own will, urges me one, to continue our fight. How could I abandon it?…

I close my eyes. I make a quick attack plan and in a moment of inspiration I plunge the knife in his back and, crying, I feel how my hand repeats the gesture obsessively and I see myself drowned in his blood.

Suddenly, from the East, a pure white light lights the scene in which I find myself. The bloody light is dissipating. The place of the scene becomes clear to me: the hero stands in front of me, paralyzed, and the disappearance of the spell of his force liberates me. I understand that what irritates me against my brother, whom I have stalked and hunted, irritates me against the brother within me, that is, against that in me which resembles my brother. But I have not understood this and I have thus killed my courageous brethren. Only now do I realize that killing, sacrificing the hero in me, my time has come. I myself am the killer and the killer, the one who makes the sacrifice and the one sacrificed.

In fact, that which I sacrifice is my egotistic pretense, an action by which I give myself at the same time.

I am the one that I am in the visible world, and they are the expression and the symbol of my soul.

And because I have understood this thing, I have found the possibility and the bridge to return in my path. I have understood that the sacrifice is not an annihilation, but the cornerstone which I have myself laid carefully in the corner which combines the sweet East with the dark and harsh North.

Is Hiram Abif a symbol of sacrifice? Certainly, he is the courageous brother, murdered in the place of the hero in me, but at the same time, the hero in me, deliberately sacrificed so that my time would come.

I wanted to close this article here, whose presentation seems at first sight very strange and which leaves many question marks.

Beloved brethren, in fact, our confrontations, necessary to our evolution, are confrontations among entities deeply rooted in our unconscious, with their own contents and their own will. Are we capable of recognizing them, of understanding them? This is no easy thing, because these entities born of the elements of our education and nourished by the vanity of false knowledge are confronted with the models that belong to the spirit of our civilization and which change along with the generations. But we must sacrifice them, because otherwise we cannot set on our own path, because this is alone in us, not in the laws or in the theories or in the gods.