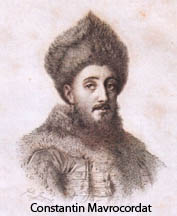 Moldova has a long, complicated history, which is less studied, compared with other coun­tries. Moldovan historians have not given this theme much attention, either in the Soviet period or in the post-Soviet period. For all this, the representatives of Moldavian ma­sonry have played an important part in the development of our country’s culture and economy.

For examples, the lord Constantin Mavrocordat, who annulled serfdom in 1749, the lord Mihai Suţu (1793–1795), and certain deputies of the Council of the Kingdom and ministers – Pantelimon Halippa, Sergiu Niţă, Nicolae Alexandri. In our vision, the time has come to describe this „white spot“ of our history.

In the history of Moldavian masonry, three basic stages can be established. The first – 1733/1734–1812/1822, when, on the territory of the Principality of Moldova the first lodges appear and start to develop. Throughout the entire period 1812–1920, starting with the year 1822, on the territory of Eastern Moldova, which was called by the Russian authorities Bessarabia, masonry was prohibited. That is why there only existed a few lodges here. The third stage – the period of 1920–1940, when on the territory of our country, at that moment a part of the kingdom of Romania, certain Lodges were created.

The founder of Masonry in Moldova is considered to be the Italian Anton Maria del Chiaro (his real name was David Thalia), who came to Moldova in 1733. In 1734–1735, he created, in Galaţi (Loggia di Galazzi) and Iaşi, the first Masonic Lodges in the history of Moldova. The first mention of the leader of a lodge in Moldova dates back to 1735, when the reigning lord at the time, Constantin Mavrocordat, was named Worshipful Master of a Lodge in Iaşi. Throughout his several reigns (1733–1735, 1741–1743, 1748–1749, 1769), this lord effected a series of reforms in Justice and Army, he also introduced the salary for the clerks of state. In the newspaper Mercure de France (July 1742), his reforms are put together under the name of the Constitution of Mavrocordat. For the perfecting of the system of rule of the state and its centralization, he reorganized the education and contributed to the development of the printing activity.

In the documents of 1740, captain Vasile Balş, home minister Iordache Dulgheru (1741), deputies Iordache Cantacuzino (1742) and Sandu Sturdza (1743) are named leaders of the Lodge in Iaşi.

At the same time, it must be admitted that the names of these Lodges and the moments of their creation have remained unknown to this day. The first lodge regarding which detailed information has been kept in the archives was Augustina, founded in 1742 in Iaşi. In 1750, the Frenchman Louis Lavin created, under the blessing of the Grand Orient de France, in Iaşi and Bucharest, two more Lodges. Among the known masons of that period, we can mention Scarlat Ghica (lord of Moldova in 1757–1758), who was also the Master of the Loggia di Galazzi, Lascarache Ghemet, who became WM in 1756 and, later, – Grand Inquisitor of the Lodge in Iaşi, Leinţa, Master of the Larder of the Principality (among the ranks of the Masons, he is mentioned in 1757), the grand treasurer Stavarache (mentioned in the documents of 1760) and others.

According to the inscription on the medal emitted by the Monetary Yard of Sadagura (Polonia), dated April 29, 1772, in that time Moldova, the Military Lodge March was founded. It was composed of the officers of the Russian army who were participating in the Russian-Turkish war (1768–1774) on the territory of the Principality. The Master of the Lodge was the quartermaster baron Peter von Gartenberg-Sadogurski (according to different information, it was rather his nephew, general Peter Mellozino, who was also the found of that monetary yard). In 1774, after the closing of the Russian-Turkish war, the Russian army left Moldova. Along with it went the members of this Lodge. P. Mellozino showed himself to be an excellent organizer thereafter as well, becoming a curator and, later – rector of the State University in Moscow. He also founded several lodges in St. Petersburg.

In June 1774, four Moldovan boyars – Iordache Balş, Constantin Vârnav, Ianache Canta and Iordache Canano – swore an oath of reciprocal help. It is known that at least one of them, Iordache Balş, was a Mason. In the same year 1774, the new lord of Moldova was named Grigore Ghica III (1774–1777). Among the representatives of his court was another Frenchman, J.-L. Karra, who for a long time considered himself to be the founder of Masonry in Moldova and who conduced historical research. To him belongs the merit of attracting into Masonry many of the representatives of the Moldavian nobility, especially the prince Alexandru Moruzi (1776), who, in 1792, 1802–1806, 1806–1807 was lord of Moldova. In 1776, J.-L. Karra returned to France, where, one year later, he edited in Paris The History of Moldova and Wallachia. Thereafter, he participated in the Great French Revolution, being, in 1793 together with Talleyrand, Mirabeau, Lafayette and others, a member of the Les Amis Reunis Lodge.

Thereafter, aside from Moruzi and I. Balş, in the period of the reign of Grigore Ghica III, a series of representatives of the nobility joined Masonry. Among them: Neculai Balş (brother to Iordache), Cupbearer, later Chancellor, Manolache Bogdan (Grand Spatharios, later Home Minister), Matei Cantacuzino, Ilie Catarji, Ion Ghenea, Gheorghe Jora, Manolache Romano and others. They are all mentioned in the documents of 1776 as being members of the Moldova Lodge, created a few years previously (we do not know today the precise date).

The Turkish government, which considered the Masons as members of a revolutionary movement, aimed against any monarchy, had a negative attitude toward the enlargement of their activities under the protection of Grigore Ghica. On October 1, 1777, on the order of the Sultan Abdul-Hamid I (1774–1789), G. Ghica was dethroned and, on the same day, murdered. In the period of the reign of his successor, Constantin Moruzi (1777–1782), at the demand of the Ottomans, a campaign of repression was unleashed against Masons. On October 3, 1777, the master of the Lodge in Iaşi J. Le Dux, Baron de Saint-Croi was deported from Moldova, and the activity of the Lodge was temporarily suspended. Some members of this lodge were condemned to suffer capital punishment and were murdered in 1778 by the Turks (Ioniţă Cuza, Manolache Bogdan, M. Romalo, chancellor Ruset-Bălănescu and others), being accused of the plot against the lord C. Moruzi, a fact which was never proven.

The Masons of Moldova continued their program in their new capacity as a subversive organization. It is known that the Lodge in Iaşi in a brief time was reestablished and around 1785, its WM was the home minister Neculai Roznovanu. His known successors were the home minister Iordache Ruset-Roznovanu (mentioned in 1800 in his capacity as member of a Lodge in Iaşi), the princeling Dimitrie Moruzi (mentioned in the documents, in 1812).

After the wave of repression passed, the Masons undertook attempts to popularize their ideas. As testi­mony, the translation may serve of the archimandrite of the Metropolitan Church of Moldova, Gherasim, of the book of the French abbot Prau, The Secret of  Free­masons (at the expense of the Great Cupbearer Iordache Dărmănescu, who was considered by the Turkish authorities as the leader of the plot against C. Moruzi). This book contributed to the spreading of the masonic ideas in the principality. Another confirmation of Masonry activities between 1785–1800 in Moldova consists in the fact that the boyar Ioan Cantacuzino, who in 1776 was member of the Moldova Lodge, elaborated and published in 1790 The Project of the Aristo-Democratic Republic in Moldova – the first project of the Fundamental Law in the history of Moldova.

Already in this period, the Masons led an intense activity of enlightenment and culturalization of the population. Ioan P. Cantacuzino (1757–1828), a distant relative of the Cantacuzin above-mentioned, published his memoirs and a first collection of verse – Poesii noo – in the history of Moldova (1792–1797, Moghiliov-Podolsk); Toma Carra (at the beginning of the XIXth century, he held the office of cupbearer) – in 1800 Orator in one of the Lodges in Iaşi, in 1807 – one of the founders of the Memphis Lodge, in 1804 translated from the Greek the book of laws in six volumes of Constantine Harmenopulos, the judge of Thessalonica.

Another Mason from Moldova, Alexandru Ipsilanti (1724–1807), lord of Moldova in 1786–1788, who created, in 1796–1797 a Lodge in Bucharest, became a known reformer and a Mecena. He allocated essential sums of money to the support of the monasteries in Greece and Bulgaria. His son, Alexandru Ipsilanti (1760–1816), a member of the Lodge in Braşov, Zu den drei saulen Lodge, became a lord of Moldova (1799–1801, October–November 1806), continued in his father course. In secrecy from the Turkish authority, he managed to create a military corps under the command of Pazvand-oglu, who, later, in 1806–1812, fought in the Turkish army.

In 1805, in Constantinople, the Memphis Rite was initiated and, in 1807, founded in Moldova a Lodge of the same name. In his capacity as a lord, he undertook a series of reforms for the intensification of the economic development of country, providing the city of  Iaşi with water, street lighting, night guards and the creation of the codes of laws.

But the most renowned representative of the Moldavian Masonry in these years was Gherasim, abbot of the Slatina monastery (1789–1793). He created an entire scientific circle, in the competence of which the Masons of the former Moldova Lodge which remained alive, starting with I. Daria-Dărmănescu and the great chancellor D. Sturdza. He translated from the original the works: The Secret of The Freemasonry (1787), G. Calabre Perou The History of the Lord of Sweden Charles XII (1792), The History of Voltaire, The History of America (1795–1800), The Life of The Lord Cherub of The Ronda (1793), Critil and Andronius (Iaşi, 1794).

His student, Leon Gheucă, member of the Moldova Lodge (1776), became renowned as a translator and scholar, reaching the office of the metropolitan priest of Moldova (1786–1788). He solved successfully the conflicts of the boyars and the clerisy, and it was due to him that the revolt of the Janissaries in Iaşi was quelled. He was one of the creators of the school of the illuminators, the owner of one of the richest libraries in Moldova.

The beginning of the Russian-Turkish war of 1806–1812 did not block this process. In 1807, in Iaşi, the prince A. Moruzi founded Memphis Lodge. Among its first members were D. Albineţ, the grand chamberlain Gh. Brăiescu, the princeling D. Moruzi, Gh. Balş, I. P. Sturdza, the poet I. Tăutu, who later participated in the elaboration of the Constitution of 1813 he led a Lodge in Iaşi. In 1808, in connection to the Russian occupation, the Lodge stopped its activities temporarily, but later, with the help of the grand exchequer Iordache Ruset-Roznovan, it endured. However, one of the founders of the Lodge, D. Moruzi, who, in 1812, was the grand dragoman of the Ottomans and, from 1812, he led one of the Lodges in Iaşi, was arrested by the Turkish authorities and executed for his collaboration with Russian diplomats during the treaty discussions in Bucharest, which ended with Turkey losing Easter Moldova.

Reprinted from MASONIC ATHENAEUM, the official journal of the Grand Lodge of Moldova
(No.1, November 2014, pp. 10-15)